In this, the first in a two part feature about puppetry down under, notable puppeteers discuss what defines Australian puppetry and sets the scene apart from puppetry in other cultures.  This article is edited by Kay Yasugi, Pupperoos (New South Wales) and General Secretary of UNIMA Australia. 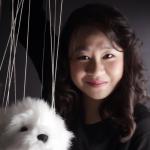 What is ‘Australian’ Puppetry? We are the world’s oldest and youngest nation, when considering our Aboriginal heritage dating back over 60,000 years, as well as British colonisation only 200 years ago. We don’t have a long Puppetry tradition like ‘Punch and Judy’ in the UK, and have had to define what is ‘Australian’ Puppetry along the way. When approached by the Puppet Place to write this article, I knew that I could not answer this question on my own. Australia is a cultural melting pot, and so is our puppetry. It seems only fitting that this article be a collection of thoughts from various puppeteers around the country – a rich and complex ‘puppet soup’, if you will.  So, below are thoughts from notable puppeteers and other practitioners working in the puppetry sectors in Australia today:

Over the last century, Australia has become a multicultural nation based on immigration and for much of that period, mostly in denial of the previous indigenous nations it replaced.  This is slowly changing.  I am mentioning this as a background, as the brief European/Asian history of Australia combined with the remerging indigenous cultures, creates a distinctive artistic mix.  Also, artists do not create in a vacuum.

Australian puppetry culture has been geographically distant from others, both nationally and internationally. Also, there does not seem to be any established artistic “rules” except by those who already have them.  All puppetry traditions I know of in Australia have been brought in from other cultures.  Australian’s exposure to the puppetry arts has been increasing, via a few training opportunities with arts institutions, however, many depend on the occasional workshop if it is in their area, or the internet and other social connections.

Despite these apparent limitations, there are many individuals, groups and to a lesser degree, companies, who perform a variety of styles of puppet theatre to Australian audiences on a daily basis in schools and kindergartens. Adult puppetry is also performed in festivals, which occur regularly.

My view is that Australian puppetry is quite healthy and growing, with different groups having their own references and becoming very successful nationally and internationally.  Whether we have a distinctive style may not be obvious to us, but possibly recognised by other countries.  Maybe the content or presentation, the way we speak, that anyone is an Australian regardless of their appearance, etc.

Puppetry in Australia is not the exclusive preserve of traditions and who can do it. Many artists from other disciplines, architects, solicitors, accountants, miners, chefs, ….., have and are exploring it, some even making it their career.  I think Australian puppetry is diverse, as it should be, and evolving as a combination of many elements. We are baking new and different cakes, so to speak.

The city with the most puppet activity is Melbourne, but the companies there tend to be small, except for Creature Technology Company (who created ‘King Kong the Musical’) and A Blanck Canvas, both of which make large-scale puppets, some with remote-controlled features (there is a growing business of this style of puppetry.)

There is also the ImaginArta Australian Puppet Centre run by Sue Wallace from Sydney Puppet Theatre. They have shows every Sunday and run workshops occasionally. They also have a small collection of puppetry books.

At present puppetry does not have a strong following in the general public. However, there is a growing interest in puppetry in schools, and is part of the curriculum in some states.  There is no dedicated course for professional puppeteers although there has been one at the Victorian College for the Arts in Melbourne in the past.  Puppet companies (especially Spare Parts Puppet Theatre in Western Australia) offer short-term courses from time to time.  Some puppet-making is also included in the production course at NIDA (the National Institute for Dramatic Arts) in Sydney.

50 years ago it was rare to see an actor on stage with puppets in an Australian puppet show, but these days live actors are often seen, and the actual puppetry can be minimal.  I am unaware of any great regional difference, except perhaps that Terrapin Puppet Theatre may use more object theatre.

Puppeteers are principally playing to children, especially to school audiences where some box office is assured.  There is a limited market for adult puppetry, notably in small venues in Melbourne.  We know of one puppeteer, Murray Raine (Murray Raine Puppets), who plays principally to adult audiences but he meets them on cruise ships.  It would be very difficult to make a living playing puppetry for adults (by that name) and the most successful Australian puppeteer catering for adult audiences is based in The Netherlands [Neville Tranter]. Sometimes a single puppet character has had success with adult audiences on TV and can then play to live fans.  A current example is Heath McIvor’s purple puppet ‘Randy’.

Australia as nation is still developing its own culture which is being influenced on all levels by a multitude of traditions from all corners of the globe. Because we are not yet bound by centuries-old traditions that can limit things being done a certain way, we have the freedom to explore the arts in our own way. We can look at puppetry culture and traditions from all over the world and take from them the things that interest us and appeal to us and reshape it to give us a new perspective, experimenting with new ideas to make our own meaning that fit into the context of life here in Australia and our cultural evolution.

Australia is a multicultural country.   Since 1945, over 7.5 million people have emigrated to Australia. Our overseas-born resident population is estimated to be 30 per cent of the population.  This is reflected in our Puppetry. I have known puppeteers here from Romania, Greece, Slovakia, The Czech Republic, Italy, the UK, the USA and Egypt.

I am another example of multiculturalism. I was born in the USA, studied Puppetry in Europe and Indonesia. I perform Italian Commedia dell’Arte comedies adapted to Australian audiences.

P.S. We also eat well down here thanks to multiculturalism.

Where to find out more about Australian Puppetry

UNIMA Australia is the official puppetry organisation of Australia. We welcome members from all over the world, and have regular newsletters with updates on puppetry happening around the country and abroad. For more information about membership, please go to http://mp.gg/a1u-t

In their 2004 publication, The Space Between: The Art of Puppetry and Visual Theatre in Australia, Peter J. Wilson and Geoffrey Milne asked: “Where, then, do we think puppetry and visual theatre might go in the next twenty years?” (Wilson and Milne, 2004, 117). While it is not quite yet twenty years since this question was posed, the interviews conducted for ThingMaking (www.thingmaking.net) turn to the practice of Australian puppeteers to provide some answers. In a context of a lack of puppetry training institutes in Australia, and drastic government arts funding cuts, the interviews are presented as audio podcasts and are publicly available as an avenue to communicate this research to other professional puppet makers and performers.

1 thought on “Puppetry In… ‘What is Australian Puppetry?’ Part One”