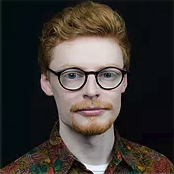 Amongst the many puppetry performances and events Yorkshire has to offer, the Beverley Puppetry Festival is a highlight in the region’s calendar, boasting a vast array of puppet performances from over 30 companies in four venues and on the streets of Beverley.  We caught up with the festival’s Co-Artistic Director, Kerrin Tatman, to find out more about this iconic festival and this year’s shows, workshops and outdoor entertainment.

Can you tell us a little about the background to the festival?  How did it get started?  Who is involved?

Beverley Puppet Festival is the largest festival of British puppetry in the world, when taking in consideration that it all happens in one location over one weekend. It is an important event for industry networking, for theatre bookers to see what is on offer and as a record of what contemporary puppetry is being made in this country. It is also a much-anticipated family-friendly event for rural Beverley and East Yorkshire, which has been recognised through winning a Remarkable East Yorkshire Tourism Award for ‘Best Small Event’ in 2015 and being shortlisted again in 2017.

Beverley Puppet Festival was founded by Anna Ingleby of Indigo Moon Theatre in 2005 when she ran a small event of just 5 companies as a response and fundraiser for charity work in Africa. The first festival was a popular success and Anna decided to hold another event in the following year, this time in conjunction with Beverley Arts Trust.

It is the first year the festival has been Co-Directed between Anna Ingleby and myself, where programming, budget management, fundraising and creative direction tasks are shared between us. The not-for-profit event is reliant on funding, sponsorship and a huge team of volunteers on the festival weekend itself. We are thankful to be funded by Arts Council England, East Riding of Yorkshire Council and Beverley Town Council.

What’s on in July and what are you most excited to see?

The 2018 festival sees over 30 companies performing in Beverley across 4 main indoor venues and the town streets, with festival hubs at Beverley Friary, Flemingate Centre and East Riding Theatre. Although the main focus is still British companies, we will be joined by three companies from the Netherlands – Close-Act’s ‘Saurus’, TAM-TAM objektentheater’s ‘Rusty Nails & Other Heroes’ and t’Magische Theaterje’s ‘Exuvia’, as well as one from Hungary – Ettenoiram Travelling Puppeteer’s ‘The Tiniest Cellist’.

The festival is aimed at adults, children and families, and puppeteers. Our adult programme includes a UK premiere of Blind Summit’s ‘Henry’ – a dark comedy tackling grief issues, Northern companies such as Odd Doll’s ‘Seaside Terror’ and Headstrung’s ‘Freaky Sequin Puppet Cabaret’, as well as Stephen Mottram’s ‘The Parachute’. Our children’s programme has received special attention this year due to the inclusion of ‘Mischief and Mystery in Moominvalley’ by Get Lost & Found (everyone loves Moomins!) but also includes Lempen Puppet Theatre’s ‘Cardboard Carnival’, Strangeface’s ‘Beached’ and ‘Spaced’, Indigo Moon Theatre’s ‘Mermarella’, Drew Colby’s ‘My Shadow and Me’ and Silent Tide’s ‘The Adventures of Curious Ganz’, the latter fronted by Sarah Wright of the Curious School of Puppetry.

Our outdoor programme of 14 companies sees giant dinosaurs, giraffes and mystical gods roam the streets, as well as intimate performances from forest sprites, scientists, stuntmen and fossil collectors. We are also hosting children’s puppet making workshops from the Scottish Puppet and Mask Centre and an adult marionette making class from Sian Kidd. We see the return of the much loved ‘Little Fawn Caravan’ by Sokobauno and welcome for the first time ‘The Errant Stage’, which will host networking events and discussions. There will be a Puppeteers UK Networking Meeting at Beverley Friary Festival Hub on Sunday 15th July at 10am.

I am especially looking forward to ‘Exuvia’ by t’Magische Theaterje, ‘Seaside Terror’ by Odd Doll Theatre, ‘The Adventures of Curious Ganz’ by Silent Tide and ‘The Cloud Travellers’ by Judith Hope, but it is difficult to pick favourites from what is on offer!

This year you are joining forces with Moving Parts Arts to explore the theme of ‘transformations and journeys’.  What will this collaboration bring to the festival?

Aside from the main programme, I am also really excited for the second outing of the Moving Parts Scratch Space, after debuting at Skipton Puppet Festival 2017. The Scratch Space will be in the Indigo Moon Theatre Tent at Beverley Friary on the 14th and 15th July and is aimed at giving UK-based visual theatre artists and companies performance opportunities at established events to help them improve work-in-progress work and gain essential feedback. Successful applications are each given £200 towards travel costs, accommodation, food and a festival pass so they can fully experience the festival.

For Beverley Puppet Festival 2018 we have five companies from all over the country presenting new work: ‘Finding Shelter’ by Flawed Mandrake Theatre, ‘Microbodyssey’ by Tatwood Puppets, ‘Little Sparrow’ by Laura Mathews, ‘Janet’ by Helenandjohn and ‘Where Shall I Live?’ by Cottonwool Corner. We are thrilled to include ‘Transmographiles’ by Hopeful Monster Theatre in our main festival programme as this show came through the Scratch Space at Skipton Puppet Festival 2017.

Aside from the Scratch Space, Moving Parts Arts has also partnered with Beverley Puppet Festival through producing assistance. Both Matt Wood and myself are from the Moving Parts Arts team, although I have also been involved in Beverley since 2014. In future festivals we want this partnership to grow much further to create a real linkage between Beverley and Newcastle in terms of producing, opportunities for artists and shared resources.

One of the major partnership tasks we have carried out so far is the make sure that Beverley Puppet Festival and Moving Parts: Newcastle Puppetry Festival occur on alternate years, both for funding and personnel sustainability. This meant moving the next edition of the Newcastle Puppetry Festival to the 6th-14th April 2019 (funding dependent). Our theme of ‘transformations and journeys’ reflects this new, strong festival partnership and acts such as ‘Mermarella’ by Indigo Moon Theatre, ‘Cardboard Carnival’ by Lempen Puppet Theatre, ‘Beowulf’ by Rattlebox Theatre and ‘My Shadow and Me’ by Drew Colby are just some of the lineup that imbue this theme and message.

We are currently running a Crowdfunder to raise £2,000 towards delivering this not-for-profit event and have about £1,400 left to reach our target. Please consider supporting the festival through this method and get some of our limited edition merchandise in return for your donations!

Check it out here: www.crowdfunder.co.uk/beverleypuppetfestival