“A vain and arrogant youth dares to enter Baba Yaga’s living house of bones…”
Bone Mother is the latest stop motion animated film from See Creature Animation, produced by the National Film Board of Canada.  We chatted with the film’s directors, Sylvie Trouvé and Dale Hayward, about the story and production process. 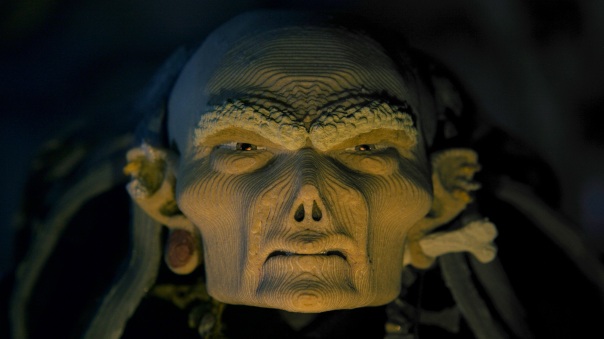 ‘Bone Mother’ is based on the Russian folk tale of Baba Yaga.  What drew you to this subject? And why did you choose stop-motion as the medium to create it’s imagery?

There are so many stories of Baba Yaga, but Dale first heard Maura McHugh’s story on the horror podcast Pseudopod. We’ve always liked anti-heroes and Baba is usually portrayed as a dark character, or even an evil witch, but she’s definitely not your typical witch. Baba is the original Witch in folklore and it’s western tales that have changed her into a cliché (ie. the mortar and pestle is now a broomstick). So we wanted to bring her from the stereotype and back to the archetype. There are lessons to be learned from characters like this. She’s like that old grandma who terrifies you, but who you totally respect at the same time. And then there’s Vlad, who has the audacity to just walk up to her Bone house and make demands. So, It was fun to have a story with two villains, it gave us lots to play with. 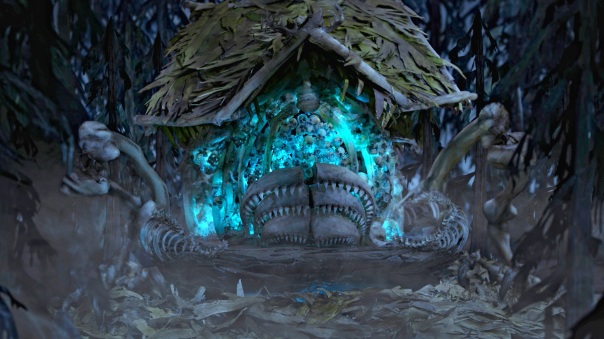 Stop-motion is our preferred style of animation, it’s incredibly tangible. There are natural textures inherent to the materials that can really help with the atmosphere we’re trying to create. Plus, Maura’s story was so textural that stop-motion felt like a natural fit.

The film has a rich and distinctive aesthetic.  Did you draw influence from other sources?

The film’s aesthetic evolved quite a bit during the pre-production. It first started out much flatter, similar to Bas-relief, like a moving illustration, so influences were artists like Ivan Bilibin, Mike Mignola and Klimt. But it quickly became either too limiting or over complicated to do what we wanted, so we went to a more traditional puppet and set feel. During this pre-production stage, we did some extensive R&D on the 3D printing. It was all very new to all of us, so it was jumping into a new sandbox. One of the great aspects of 3D printing is the printers themselves are not that expensive, but the quality can be limiting, so we let that limitation become intention. Once we saw that by printing baba’s face lying down, the printer would “naturally” create wrinkles for us. For Vlad we stood him straight up, so his layers were tighter together, creating a smoother skin. So what is usually something that other productions spend a lot of time trying to hide or remove, we embraced and it became a cornerstone to the film’s aesthetic. 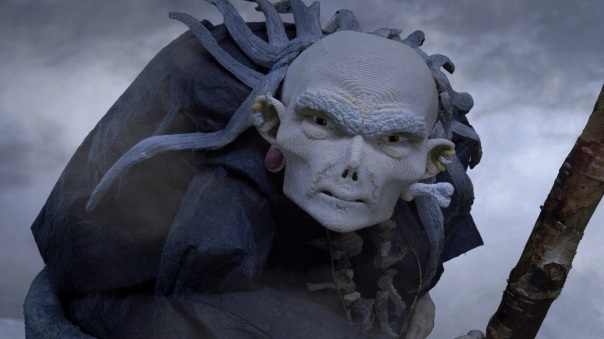 Where did your interest and passion for animation, in particular stop-motion, begin?

Sylvie has a degree in photography and Dale studied traditional hand-drawn animation, but we both got our start in the industry doing stop-motion at a studio in Toronto called Cuppa Coffee, working on TV series and commercials for a number of years. We both had no experience with stop-motion before this and it’s interesting to note that no one really goes to school for stop-motion, they all have skills outside of animation that somehow are very useful in stop-motion and they kinda fall into the industry. It’s one of the main aspects we love about the community is that everyone has very different skill sets and it shows through their work. 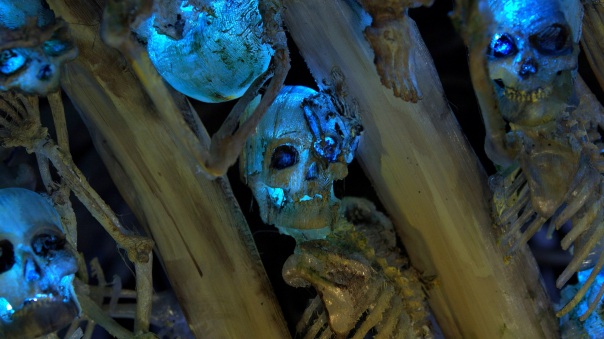 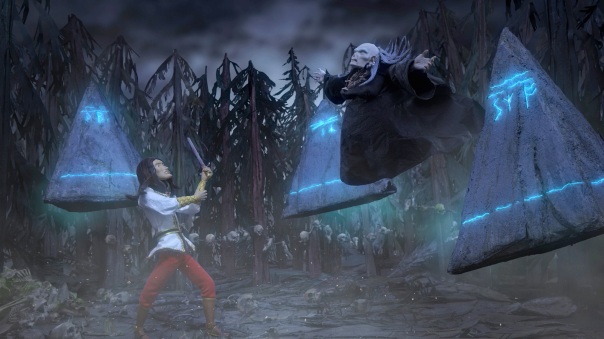 Your production company, ‘See Creature’ produces a range of works from commercials to independent film.  Do you have plans to produce any other works with a dark theme? (The company name does seem mysterious and magical!)

He-he, yeah, we like the play on words, it’s a name that evokes a lot of imagery. We’ve never been a studio to lock into a defined style or aesthetic, although stop-motion is our preference, we have worked in 2D, After Effects and 3D. We feel the need to be adaptable to current shifts in the industry and in our interests as we get older and our household expands. Our focus is leaning more and more towards creator driven works these days that range from dark tales like Bone Mother but could also lead to adult comedy and live action sci-fi as well.

We’re very excited for the future. 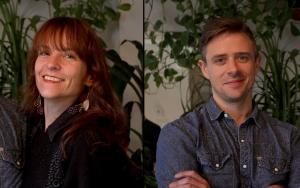 Co-directed by Dale Hayward and Sylvie Trouvé, Bone Mother was produced by Jelena Popović and executive produced by Michael Fukushima for the NFB Animation Studio.