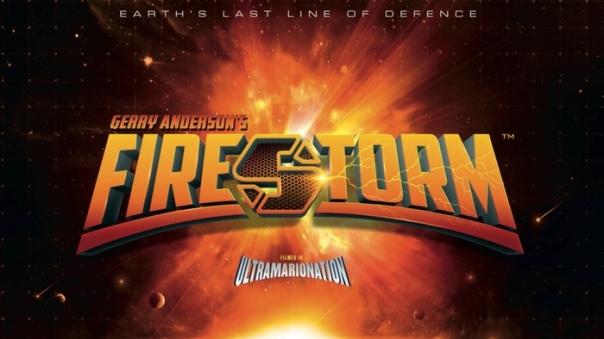 Andy, you are the Puppet Coordinator on the new production of ‘Gerry Anderson’s Firestorm’, an amazing new pilot minisode has just been released and it has got fans fizzing with anticipation! This short film has all the style and action of one of Gerry’s original shows like Thunderbirds, Stingray or Space 1999, but with a modern twist. Please start by telling us how you approached the puppetry differently in Firestorm and how it compares to Gerry’s previous shows.

Well, when it came to our approach, as you know as a puppeteer yourself, the puppets dictate a lot. You have all kinds of ideas in your head, and then you pick up one of the puppets for the first time and you think “ah, it’s going to be like that is it!” They were beautifully built by Mackinnon & Saunders, but were very heavy.  We also had some issues with the rigging.  So ultimately, much of what we were doing on the pilot was on-the-spot problem solving.  Luckily, the team I had around me were excellent, and once we were up and running things went relatively smoothly.  These new puppets are very removed from the classic Thunderbirds puppets.

The most obvious change is that they aren’t marionettes.  They are essentially hi tech bunraku puppets with an animatronic element.  The bodies (arms, legs, torso, head) are all operated via rods, with various access points depending on what’s needed.  The face, however, is operated via an RC unit using cutting edge animatronics.  It’s the best possible mixture of old and new techniques.  The faces are capable of an impressive range of emotions.  There are a couple of shots in the minisode that really show this off I think.  I really wanted the puppets to feel REAL.  Now, this doesn’t always mean trying to ape realistic movements. It means that they feel real in the context of this clearly defined universe they inhabit. One of the things I learned from the pilot is that I think we can push the characters a little more, make the movements bigger, the expressions a little larger. When you do this the performances really pop. We were trying to play things small and realistic. We can dare to be bigger. 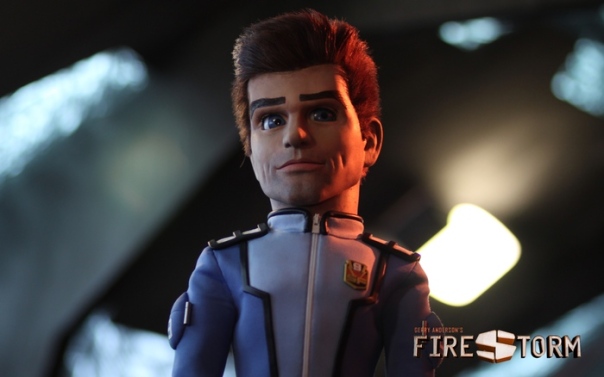 From a puppeteers perspective what are the particular challenges that you are faced with on this project and what makes it unlike other shows you have worked on?

The time! We had very little time to rehearse. Literally a day or two. This was simply because I was brought into the process so late.  Admittedly, the situation was very different on Firestorm, so the whole timeline was very compressed. Once I was brought on board, I frantically made a lot of phone calls and got my team together. I then went to the set and met Jamie for the first time face-to-face.

Then a few days later we were shooting! It was an abject lesson on thinking on your feet. In that kind of situation, I firmly believe that the best thing to do is just get on with it. Get into the set and work things out.  Sometimes that can be more effective than being in a rehearsal space for days in a little bubble.  I’m sure you’ve worked on things where you have the rehearsal period, and then you go to shoot it and discover that you can’t do what you rehearsed because of the layout of the set.  Square one! In the case of Firestorm we just had to leap into it and make it work. I wish that the TV and film industry would factor in more time, ANY time, for rehearsal. But It’s getting less and less. 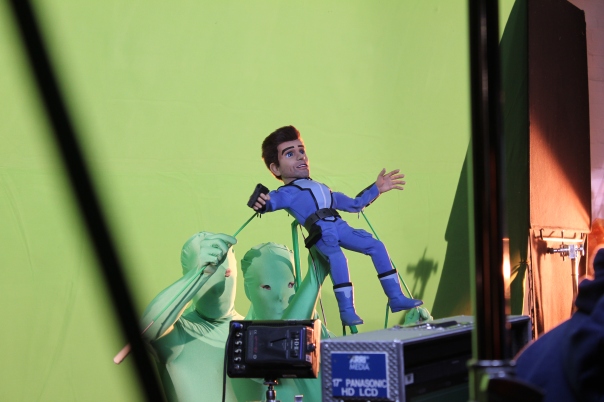 Key to all Gerry Anderson’s shows are the models and the in-camera special effects. In the minisode there are some hair-raising moments and terrifying explosions! How was it working as a puppeteer amongst this aspect of the production?

Well, all the pyrotechnics (for the minisode) were shot separately, and then composited into the shots later. The shots where puppets were present anyway. But they were all real elements, real explosions! It’s obviously huge fun being around that kind of stuff. When I was a kid, because of watching shows like Stingray and Thunderbirds, and movies like Star Wars and Battle Beyond The Stars, I was all about the models. I wanted to be a model maker initially. I would spend excessive amounts of time building spaceships out of leftovers from Airfix kits. It’s called “Kit Bashing”, the process of building a new model out of old kits. So being around this stuff now is making my inner 12 year old very happy. We all love a good explosion right! We (all the puppeteers) were in our green room when we heard that they were going to blow up the island. Cue a massive stampede to get down to the set and grab a plum position to see it go up! 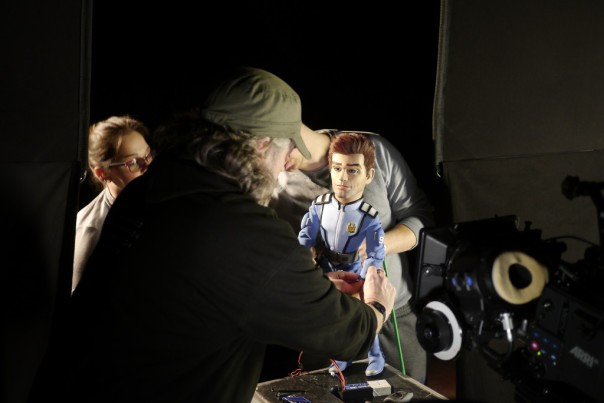 You have also been working with a highly skilled team of builders,  special effects folk, voice artists and puppeteers. Tell us a bit about the team you are working with. What is unique about the way these guys work?

We all have our areas of expertise. What was great about this team is that there was no ego. None. It was one of the most relaxed and happy sets I have ever worked on. We were all there because of our love of the project, and our love of Gerry Anderson shows. We all got on with our jobs to the best of our ability. When I came on board, there were others who had been working on the project for a long time.  Some for weeks, some for years. But they were all welcoming and supportive. A real privilege to work with.  I didn’t meet any of the voice actors until the launch at MCM Comicon in London, but it was fantastic to see their reaction to what we had done. And to introduce them to their puppet alter egos! 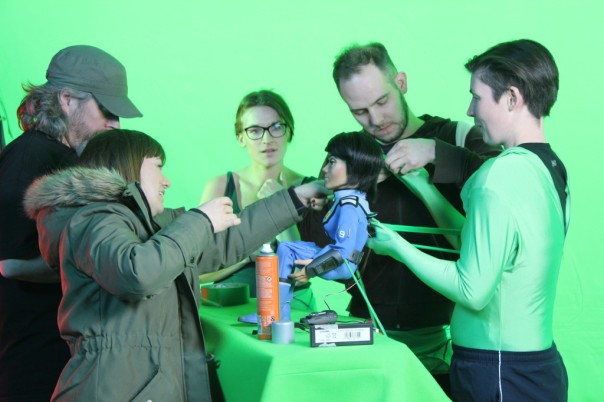 You have been working closely with Gerry’s son Jamie who has been working tirelessly to keep his father’s legacy going. How does Jamie’s vision match or differ from his father’s, and what was it like working with Jamie taking this new exciting step?

Jamie is (and he’ll hate me for saying this!) simply wonderful to work with.  He’s got a very clear idea of where Firestorm sits in the legacy of his father’s work.  He wants it to have, at its core, all the elements we loved in those classic shows. High concept science fiction adventure plots, combined with thrilling action sequences and a dose of humour. But most importantly, he wants the characters to shine through. You can have all the “Whizz Bang!” you want – if you don’t care for the characters, it won’t work. However, he also wants Firestorm to be striking out into new territory. It’s time to show the world what these kinds of puppets can do now that we have the support of computer technology. It’s the first step in a new era of Anderson shows.

The production was started by Jamie Anderson with a Kickstarter campaign. How successful was the campaign? How far did it get the production and what are the next steps?

The Kickstarter campaign was mainly used to fund the research and development of the puppets. They were, hands down, the element that needed to work 100%.  The rest of the production was a massive act of pulling in favours.  Once we shot the live action for the minisode, it took more than 2 years to get the rest of the post production completed.  But now it’s out there! As for the next steps? Well, pre-production has started on a full series! This is thrilling news, we all worked so hard to make this happen – and nobody worked harder than Jamie.

We plan to start shooting in Spring of 2019.